ARRAIGNMENT/FIRST APPEARANCE: At the arraignment, you are formally advised of the charges and your constitutional rights. Bail is often set during the arraignment. You should have your criminal defense attorney by your side at this time. Bail is used by the court almost like an “insurance policy” that you will appear on future court dates. The amount of bail is determined by the judge. The judge will look to two factors in deciding bail: your risk of flight and whether you pose a danger to the community. Bail amounts can range from being released on your own recognizance, all the way up to millions of dollars. In some cases no bail is allowed.

You have a right to be arraigned without unnecessary delay – usually within two court days – after being arrested. You will appear before a municipal or a justice court judge who will tell you officially of the charges against you at your first arraignment. At the arraignment, an attorney may be appointed for you if you cannot afford one, and bail can be raised or lowered. You also can ask to be released on O.R., even if bail was previously set.

If you are charged with a misdemeanor, you can plead guilty or not guilty at the arraignment. Or, if the court approves, you can plead nolo contendere, meaning that you will not contest to the charges. Legally this is the same as a guilty plea, but it cannot be used against you in a non-criminal case, unless the charge can be punished as a felony. For many misdemeanors you do not have to appear in court if you have a criminal defense lawyer preset for you; unless otherwise instructed by the court.

Before pleading guilty to some first-time offenses, such as drug use or possession in small amounts for personal use, you may want to find out if your county has any drug diversion programs. Under these programs, instead of fining you or sending you to jail, the court may order you to get counseling which can result in dismissal of the charges if you complete the counseling.

PRELIMINARY HEARING: During the preliminary hearing, usually within 10 court days of the arraignment, the district attorney’s office must present evidence showing a reasonable suspicion that a felony was committed and that you did it to convince the judge that you should be brought to trial.

Preliminary Hearings are held in all felony offenses to review probable cause. This is necessary for the judge to determine whether there is sufficient evidence to support the charges against you. Once a Judge determines that there is probable cause, he sends the case to the Superior Court for trial. During the Preliminary Hearing, the district attorney or the judge can add additional charges and/or re-adjust the bail.  If the judge has determined that there is probable cause to support the charges, the prosecutor will file a charging document called an Information in the Superior Court. The Information alleges the charges which you are facing at trial. At this time, you are formally advised of the charges and your constitutional rights. Again, you enter a plea of not guilty. You may have a second arraignment. If the felony charges are not dropped at the preliminary hearing, you will be arraigned in superior court where your trial later will be held.

TRIAL: During the jury trial you are entitled to have a jury of twelve impartial jurors. Both the defense attorney and the prosecuting attorney have an opportunity to make opening statements, introduce witnesses and evidence in favor of their case, cross-examine witnesses and offer closing arguments. During the deliberation phase of the case, the jury decides whether the prosecution has met the burden of proving guilt beyond a reasonable doubt. If the jury finds you not guilty, you are free to go and not subject to further prosecution based on the same offenses.

SENTENCING If you are found guilty, the sentencing hearing is where the judge determines and imposes the appropriate punishment. You may be sentenced to probation instead of a term in state prison. Different crimes carry different possible penalties. You are entitled to a sentencing hearing to propose why you believe the judge should give you the lowest possible penalty.

If you are charged with a crime and unable to understand English, you have a right to an interpreter throughout the proceedings. 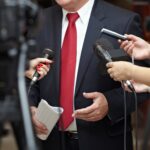 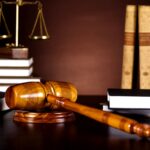 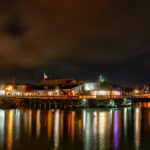 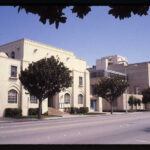 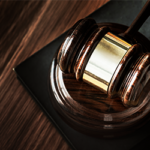 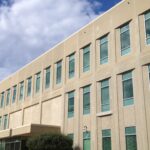